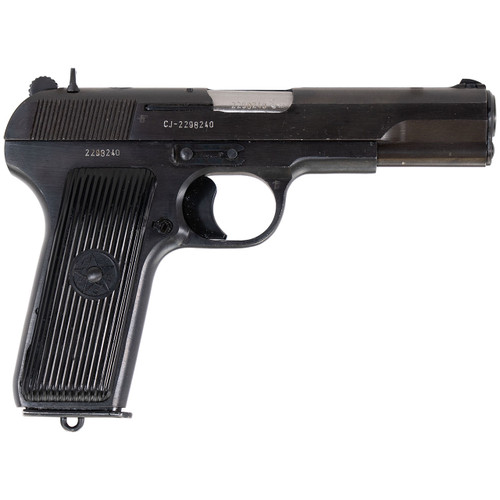 The Zastava M57 pistol was a standard sidearm of the Yugoslav Army. It is a single-action pistol chambered for the fast and powerful 7.62×25mm Tokarev cartridge. These are very popular surplus weapons in the West, as they are affordable and plentiful. The M57 pistol is short-recoil-operated, locked-breech pistol that uses a Browning-type action with swinging link. Originally the pistol has no manual safeties except for a half-cock notch on the hammer.

Adopted in 1957, the M57 was a license-produced copy of the Soviet Tokarev TT pistol, although the M57 had a longer grip to accommodate a larger magazine (holding 9 rounds, versus 8 rounds in the TT).